Bulgarian, Albanian and Kosovo Alumni cooperated for the implementation

Awarded Mentors and Mentees shared their experience, lessons learned, challenges and benefits from participating in the mentoring programme.

As always, networking proved as the best tool to add to the positive experience from participation in the programme.

The programme is supported by the FCDO Chevening Alumni Programme Fund and British Embassy Sofia and implemented in cooperation with the Kosovo and Albanian Chevening Alumni Association, British Council in Bulgaria and the British Bulgarian Business Association.

We reached out to students in New York Networking meeting of Shapers of Tomorrow Chevening Alumni Mentorship was organized on 24.02.2022. The online event proved that meetings leverage networking within the programme participants, exchange of ideas and approaches and are very good to further ease the mentoring process itself. In a day of a war […] 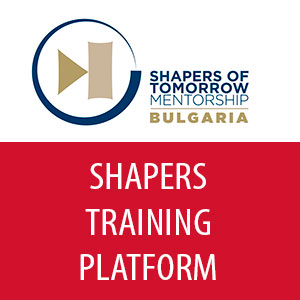